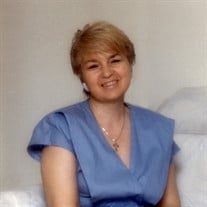 Deborah E. Webber, known as Dee to her friends, died Sunday, April 3, 2022. She was born in Flushing, New York on April 24, 1942, and attended C.W. Post University on Long Island. After graduation, she became a social worker in Denver where she met her husband Tom who was serving in the Army. After marrying in 1964, she lived a beautiful life relocating every 3-5 years with Tom’s work for the U.S. Government and spreading joy wherever she went. She is survived by Tom, her three children, Reid, Scott, and Terri Webber, a foster son Tom, as well as her loving grandchildren Geoffrey, Stephen, and Devon Webber. In 1993, Dee Webber retired with Tom to Sarasota, Florida, and began volunteering at every opportunity she could find. She started tutoring students first at Booker Booker Elementary, then Booker Middle and on Christmas, she decided to put together gift stockings of candy for the kids. Since 1993, Dee handmade thousands of Christmas stockings for the students of Booker Elementary and eventually expanded her operation into the Holiday Stocking Program. She partnered with the Sarasota police department to expand the reach of her program to other communities. In her last year, she successfully handmade over 2,050 stockings to be handed out at schools and through the Sarasota community by Sarasota police patrol units. She already began making an additional 1000 stockings to keep up with the demand. In lieu of flowers, please consider donating to Brothers and Sisters Doing the Right Thing by going to GoFundMe.com, “Dee Webber’s Holiday Stockings Program”. Dee Webber exemplified a career of volunteer work that should inspire every community. Whether working on Christmas stockings, handing out food with Church of the Palms, or being nominated for 1,000 Points of Light, she will be loved and missed by more than just her family. Let her memory be an example of the responsibility every individual has; to care for those around them, help those in need, and encourage those around them to do good and love one another. A Memorial Service for Dee will be conducted on Saturday, April 9 at Church of the Palms, 3224 Bee Ridge Rd., Sarasota at 11:00 a.m., followed by a reception.

Deborah E. Webber, known as Dee to her friends, died Sunday, April 3, 2022. She was born in Flushing, New York on April 24, 1942, and attended C.W. Post University on Long Island. After graduation, she became a social worker in Denver where... View Obituary & Service Information

The family of Deborah "Dee" Webber created this Life Tributes page to make it easy to share your memories.

Send flowers to the Webber family.