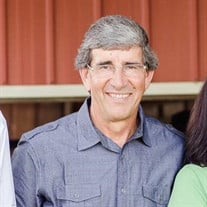 Edwin Weaver Fox, 61, died unexpectedly on August 14, 2021. He was born on March 21, 1960 in Terre Hill, Pennsylvania, the son of the late Henry and Margaret (Weaver) Fox. Ed was one of 18 children. Ed came to Sarasota in 1981 from Lancaster... View Obituary & Service Information

The family of Edwin Weaver Fox created this Life Tributes page to make it easy to share your memories.

Send flowers to the Fox family.