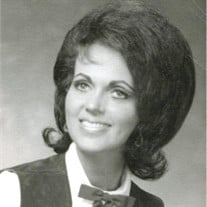 Lucretia (Lu-Ann) Mashia of Sarasota, FL passed away on July 31st, 2021 after a brave struggle with Cancer and has gone to be with her Lord and Savior. Lu-Ann was born the daughter of Frank and Anna (Messier) Grow on June 28th, 1942 at the Degoesbrian Hospital in Burlington, VT. Lu-Ann grew up in Duxbury and graduate from Waterbury High School in 1960. She was also a graduate of the Sheldon Academy of Beauty Culture in 1961. Music was Lu-Ann’s passion. She grew up listening to her Father play the fiddle while her mother accompanied him on the piano. Their home was filled with music and they always welcomed family and friends to come over and join in. Her parents formed a Band with Lu-Ann as their singer when she was just fourteen years old. In 1965 her parents became members of the Northeast Fiddlers Association and Lu-Ann would bring her young daughters along so they could also listen to the old-time music being played. Lu-Ann also appeared as a female vocalist with numerous bands in and around the Burlington area from 1970 through the late 1980’s. Lu-Ann’s voice was her most endearing attribute and being the daughter of a musical family, gave her the background to apply her talent to the fullest; and those who knew her loved her honesty and her heartfelt admiration for the country music she loved so much. Lu-Ann often joked about her “Many different lives”. She had worked as a Beautician. Made a living as a singer, did bartending briefly and worked in the billing office at the old Medical Center Hospital of Vermont. After twenty-nine plus years of service, Lu-Ann retired in April 2005 as Manager of Customer Service from the Medical Center which had then become Fletcher Allen Health Care. Lu-Ann enjoyed her Retirement in many different ways: she loved visiting family and friends, writing her memoirs (which she had hoped to publish some day), taking road trips, playing the piano and singing, she even wrote a few songs of her own. She was an active member of the Northeast Fiddlers Association and The Champlain Valley Fiddlers Club, where she played piano for many of the fiddlers, It was in those activities she found the most enjoyment until she traded snow for year-round sunshine and moved to Sarasota Florida in the fall of 2015. She returned to her religious upbringing and became very active with the Bee Ridge Baptist Church and loved her church family with whom she often spoke of. Lu-Ann is survived by her daughters and their spouses. Tanya LaRose of Waterbury, VT. Erika Simard and her husband Ray Flynn of Sarasota, FL, Son-In-Law Dennis Stone of Oxford, MA in 2016. She is also survived by her Grandchildren, Ryan LaRose of Burlington, VT, Raven LaRose of Waterbury, VT and Destiny Stone of Oxford, MA, Step-Children and their spouses, Debra and Jeffrey Ladwig of Northport, FL. Donnie and Rita Mashia of Starksboro, VT. Daniel and Michelle Mashia of Jericho, VT, Darin Mashia of Northport, FL, David Mashia and Fiancée Michelle Catalano, also of Northport, FL, as well as several cousins, step Grandchildren and great grandchildren. Lu-Ann was predeceased by son-in law Peter McLaughlin in June 2006 as well as her Daughter Melissa McLaughlin Stone in February 2016 and Son-in-law David LaRose in December 2016. A service will be held at Bee Ridge Baptist Church, 4210 Proctor Rd, Sarasota FL 34233 at 1pm on Saturday, August 14th 2021. Lu-Ann will be brought to Vermont in the Spring of 2022 to carry out her final wishes of a Catholic mass at St. Andrews Parish in Waterbury, following to her final resting place with her parents at Holy Cross Cemetery. The date for this has yet to be determined. In Lieu of flowers, donations may be made be made to the following: the American Cancer Society in memory of Melissa McLaughlin Stone, The Muscular Dystrophy Association in memory or Peter McLaughlin or The ALS association in memory of David LaRose.

Lucretia (Lu-Ann) Mashia of Sarasota, FL passed away on July 31st, 2021 after a brave struggle with Cancer and has gone to be with her Lord and Savior. Lu-Ann was born the daughter of Frank and Anna (Messier) Grow on June 28th, 1942 at the Degoesbrian... View Obituary & Service Information

The family of Lucretia Ann Mashia created this Life Tributes page to make it easy to share your memories.

Lucretia (Lu-Ann) Mashia of Sarasota, FL passed away on July...

Send flowers to the Mashia family.