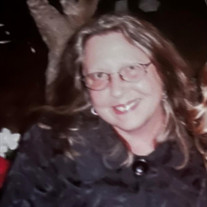 With great sadness we share the passing of Mary Suzanne (Sue) Hesse, age 69. On February 21, 2022, Mary passed away at her home in Sarasota, Florida after a courageous battle with cancer, MS and Crohn’s disease. Mary is preceded in death by her parents, Joseph and Margaret Hesse, and her brother, Tom, who died in infancy. Mary is survived by her brother, James (Iva) of Frisco, Colorado; sister Barbara (Clark) Bennett; and brothers Joseph (Sheila) Hesse, and John (Sue) Hesse, all of Grand Rapids, Michigan; and many nephews and nieces. Mary was born in Grand Rapids, Michigan on May 15, 1952. She grew up across from Wilcox Park in southeast Grand Rapids where she, her siblings, and neighbors learned the game of tennis. As a young girl, Mary enjoyed playing doubles tennis with her sister, Barb. She attended St. Thomas Elementary School and graduated from Catholic Central High School. Following high school, Mary had a career first as hospital unit secretary and later as a hospital administrator. Though never wealthy, she was exceptionally generous with her time and compassion for family and friends. When her father passed away, she became a source of support for her mother and cared for her until her death. Mary drew the admiration of her family for her resiliency and self-sufficiency as she reinvented herself more than once throughout her life. As she grew older, she struggled with many health issues and moved to Sarasota for the warm climate. After moving to Sarasota, she helped care for her aunt, uncle and nephew as they aged. Mary was a kind, creative person with quick wit and great sense of humor. She never took herself too seriously. When her health began to wane and she became less ambulatory, Mary decided to become a master scrabble player. She and her sister, Barb, scrabbled for hours. Although never proven, her sister was sure that Mary somehow secreted a digital dictionary into the lenses of her glasses ensuring a lengthy span of scrabble victories. Mary was a lifetime collector of fine china and spent many afternoons looking for treasures at local thrift shops. Mary was skilled at crocheting and spent many hours crocheting afgans which she gifted to friends and family. Mary also enjoyed music. Her eclectic musical tastes ran from The Moody Blues to Bocelli. One of her favorite musical outings was an all-nighter bus trip to watch the Rolling Stones at the Silver Dome with her brother. Perhaps her most memorable personal trait was Mary’s deep, joyous laugh. No matter the size of the group, you could always tell when Mary was in the room. While not being the ‘cat lady’, she surely loved the many kitties that filled her life. Mary will be deeply missed by her friends and family. In lieu of flowers, those wishing to honor her memory are asked to donate to Tidewell Hospice, Sarasota, Florida or Holy Cross Missions, Notre Dame University. A memorial service will be held for friends and family at a later date.

With great sadness we share the passing of Mary Suzanne (Sue) Hesse, age 69. On February 21, 2022, Mary passed away at her home in Sarasota, Florida after a courageous battle with cancer, MS and Crohn&#8217;s disease. Mary is preceded in death... View Obituary & Service Information

The family of Mary Suzanne Hesse created this Life Tributes page to make it easy to share your memories.

With great sadness we share the passing of Mary Suzanne (Sue)...

Send flowers to the Hesse family.