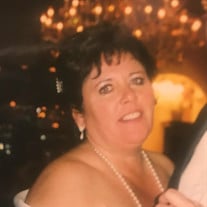 Patricia Marie ( Patty) Barber, 71 of Allegan, Michigan passed away peacefully with her family Monday, February 21, 2022 at Doctors Hospital, Sarasota Florida. Born September 6, 1950 at her Grandparents home in Brooklyn Heights, New York, she was the daughter of the Patrick Gallagher and Catherine (Tuohy) Gallagher. Patty was the second of seven children, and the oldest daughter. She was predeceased in death by her parents and one younger sister Colleen Maritato and a brother in law Ronald Melvin. Prior to relocating to the Midwest in the early 80’s, Patty was an employee of W. R. Grace & Co. Corporate Headquarters in New York City for 12 years. During this period, Patty’s position was assistant to the company’s executive officers. Given Patty’s magnetic personality, intelligence and administrative capabilities, she held numerous positions supporting both operational and corporate officers, including the company’s Chief Financial Officer. She was always recognized for her dedication, good humor, and outstanding performance. Patty was always proud of her homes and she had a flair for decorating them. She also loved to clean them. Patty was a tremendous cook, and loved to welcome friends and family to her home for a delicious meal. Patty always wanted to be the Queen, and in the summer of 1994 she would meet her future husband Mark, but she didn’t realize he would make her one until two years later, when they met again, and as they say the rest is history. On October 21, 2000, they would be married in her home town of Brooklyn, New York. Patty’s life took a devastating turn in March of 2003, with the first of three strokes, and a six month rehabilitation stay at Northwestern University hospital. Patty’s recovery from the strokes would have been impossible if not for the exceptional care from Dr. Richard Stern. Life was pretty good for Patty with summers in Michigan, and winters in Florida, but unfortunately in the summer of 2006 she was hit with a fourth stroke. The fourth stroke turned out to be a blessing, although it cost her some mobility, she met another fantastic doctor, Firas Al-Ali who gave her a life with no additional strokes. Patty is survived by her siblings and their respective spouses: Kevin and Kathy (Cole) Gallagher, Sal and Maureen Monaco, Philip Maritato, Kevin and Kathy Matthews, Angelo and Eileen Talenti, Patrick and Patricia (Ryan) Gallagher, a father and mother in law Henry and Marilyn Barber, sisters in law Vicki Barber and Janet Melvin, and her husband Mark Henry Barber. Two God Children Peter Monaco and Shelbi (Catalano) Hill. Seventeen nieces and nephews, and seven great nieces and nephews. Per her wishes, cremation has taken place and services will be held at a later date in Brooklyn New York, and Allegan, Michigan.

The family of Patricia Marie Barber created this Life Tributes page to make it easy to share your memories.

Send flowers to the Barber family.