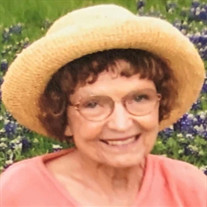 Paula Anne Karleskint, went to be with our Lord and her heavenly family on Saturday, September 5, 2020 in Lakewood Ranch, FL. Born July 14th, 1934 in Muskogee, Oklahoma, she was one of six children with four younger sisters and one older brother. She graduated from Muskogee Central High School and attended the University of Virginia and Hillcrest Nursing School in Tulsa, Oklahoma where she earned her diploma in nursing. While attending nursing school, she married Charles John Doran and had one daughter. When his untimely death left her a widow and expecting her second child, she completed nursing school with two young daughters and the assistance of her sisters, mother and grandmother. In July 1958, she married Albert John Karleskint and had four more children. Raising her family in Tulsa, Oklahoma where Albert practiced as a Dentist. She loved nursing and worked as a nurse after her children started school, she also was an avid volunteer, with such organizations as Neighbor for Neighbor, Meals on Wheels, Student Exchange Group which many students from Mexico joining their family, Red Cross providing emergency assistance after floods and tornadoes, in addition with many other charities and groups. She was an active member of Resurrection Parish in Tulsa in addition to exposing her children to various churches throughout Tulsa so that they could understand that our Lord was present for all people. Left to cherish her memory are her six children, Ann Davis, Robin Karleskint, Julie Karleskint (Richard Yunker), John Karleskint, Michael Karleskint (Jane) and Matthew Karleskint (Jo Ellen) and 18 grandchildren, Amy Moore (Omar), Joseph Davis (Bettina), Andrea Maras (Lucas), Ashley DeRomanis (Jeremy), Alyssa Davis, Jonathan Davis, Aaron Karleskint, Adam Karleskint, Nathaniel Yunker, Samuel Yunker, Gavin Karleskint, Anthony Karleskint, Rachel Karleskint, Allyson Karleskint, her sisters Ellen Jacobs, Katherine Browne, Leda Conner (Ralph), Elizabeth Clary (Beau), sister-in-law Barbara Beshara (Joe) and her many nieces, nephews and other friends.. In addition to thirteen great grand children and two great great grandchildren. She is met in heaven by her husband Albert John Karleskint, her mother Mary Francis Diffendaffer, father Phillips Ralston Brooks, brother Phillips Ralston Brooks II, great grand-mother Doris Ellen Paul, great grandfather, Carl Edward Paul in addition to many other friends and family. A life well lived and loved by many. There will be a celebratory mass on September 26, 2020 at 10 AM at the church at the church of Saint Mary 1347 E. 49th Pl., Tulsa, OK Donations in her memory may be made to the Tidewell Foundation, 5955 Rand Boulevard, Sarasota, FL 34238 or at https://tidewellhospice.org

Paula Anne Karleskint, went to be with our Lord and her heavenly family on Saturday, September 5, 2020 in Lakewood Ranch, FL. Born July 14th, 1934 in Muskogee, Oklahoma, she was one of six children with four younger sisters and one older brother.... View Obituary & Service Information

The family of Paula Anne Karleskint created this Life Tributes page to make it easy to share your memories.

Paula Anne Karleskint, went to be with our Lord and her heavenly...

Send flowers to the Karleskint family.