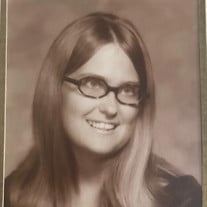 Susan Jeanne Peachey, aged 67, passed away on October 18, 2021, after a short illness surrounded by family. Born in Belleville PA, she spent most of her adult life in Sarasota, FL. She was preceded in death by her brother Jay and her sister-in-law... View Obituary & Service Information

The family of Susan Jeanne Peachey created this Life Tributes page to make it easy to share your memories.

Send flowers to the Peachey family.