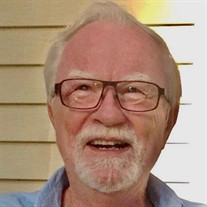 Thomas Benjamin Malone, III (Tom), 80, passed away August 20th, 2021. He was born July 29, 1941 in Belzoni, Mississippi to the late Thomas B. Malone, Jr. and Versie Lee (Phelps) Malone Tom pursued a career as a Financial Controller and spent 29 years residing in the London, England area. After retirement he enjoyed many various hobbies, among them Bird Watching and Woodworking. He had a myriad of talents and his infectious personality was unique. His kindness, generosity, and cheekiness was expressed many times during his lifetime. Tom was a longtime member of St. Timothy United Methodist Church UMC in Mandeville, La and his faith and his Christian beliefs were most important to him. Ever the traveler and adventure seeker, Tom and his family relocated to Sarasota, Florida where they enjoyed their relaxed lifestyle. Left to cherish his memory are his wife of 59 years, Lattra; daughter, Tiffany Malone; son-in-law Jason Beasley; brother Rodney Malone and his wife Peggy; granddaughters, Jada and Summer; nieces, Ashley and Charity and nephew, Walt. He also leaves a special sister-in-law, Ellen Boyd, and his stepmother, Willene Hollis. Also close to his heart were nephews, David and Matthew Boyd, George Moore, and nieces Brooke and Dondi. In addition to his parents, Tom was predeceased by his daughter Marlin and his granddaughter Kalinda. There will be a celebration of Tom’s life at a later date. Memories and condolences may be left for the family at www.MFHcares.com Maloney Funeral Home of Sarasota, Fl is in charge of Arrangements. Memories and condolences may be left for the family at www.MFHcares.com.

The family of Thomas Benjamin Malone III created this Life Tributes page to make it easy to share your memories.

Send flowers to the Malone family.