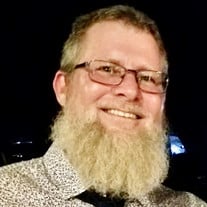 Todd Alan Vowels, 52, passed away January 15, 2022. He was born on November 28, 1969 to Edd G. and Mary “Rita” (Beaven) Vowels in Louisville, KY and was raised in Sarasota, FL. Todd attended Sarasota High School. After high school he became a block mason, but found his true calling when he became a father. Todd gave up his career to be a stay at home dad. His two greatest accomplishments were his children, Savannah and Tanner. He married the love of his life, Susan, on February 27, 1999. Together they enjoyed vacationing, hosting friends, golfing, and watching their children’s sporting events. Todd enjoyed playing golf, watching sports (especially football ((GO CHIEFS)) and NASCAR racing), his monthly poker games with the guys, and talking politics. He was very witty, and will be remembered for being appropriately inappropriate at the best times! Todd was a great judge of character, his ability to see beyond the surface was a gift, and he used it well. Everyone that knew Todd knew that he would be there if they needed him. He had a big heart, loved fiercely and deeply, and knew how to make you laugh even when you were mad at him. He leaves behind to cherish his memory, his wife of 22 years, Susan; children, Savannah and Tanner Vowels; parents, Edd G. and Mary “Rita” (Beaven) Vowels; sister, Lauri Kinslow (Clay); and brother Tim Vowels (Pam). Numerous aunts, uncles, cousins, nieces, nephews, and many other beloved family members and friends. Todd was predeceased by his nephews Zachary Lambright and Elijah Strader. There will be a visitation on Thursday, January 20, 2022 from 10:00 to 11:00 AM at Bethel Mennonite Church. Funeral services will begin at 11:00 AM. Interment to follow at Palms Memorial Park. Memorial contributions may be made in Todd’s honor to the Ronald McDonald House Charities online at www.rmhc.org . Memories and condolences may be left online at www.MFHcares.com

The family of Todd Alan Vowels created this Life Tributes page to make it easy to share your memories.

Send flowers to the Vowels family.