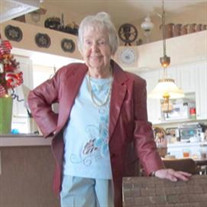 Vera “Rae” Gilbert Chrone Born into a family of five children, Vera was the youngest. When first learning her name, all she could say was “Rae Rae” so the name stuck and became her knick name. Her early life was spent in Lansdale, PA. After graduating high school in 1944, she went on to receive a Bachelors Degree in Education at Ohio University 1948. While at OU, she was set up on blind date with her future husband Albert Chrone of Westfield, NJ. Albert also graduated from OU with a Bachelor’s Degree in Education. During two years while Albert was in military service, she went to work as a kindergarten teacher. After Al returned, they married in 1950 and settled in Westfield. Albert worked at the local YMCA, working his way up to Physical Director. They had their first child David and later Lucinda, Bruce and Matthew. In 1962 Albert took a job as the Executive Director of a YMCA summer camp in Dingman’s Ferry, PA. The family spent many summers there and Rae was in charge of the camp store. In 1968, Albert took position as Executive Director of the Madison YMCA so the family moved to Madison. By then the children were all in school and Rae went back to full time teaching kindergarteners. She loved children and often spoke to her teenage kids like they were kindergarteners. During their time in Madison they bought a large, beat up Colonial, Federal and Victorian home. It was a great challenge. Rae’s design instincts orchestrated restoration and reconstruction of the home. This effort led Rae and Al to a love of antiques and restoration. Together, they started going to flea markets, auctions and garage sales buying vintage farm tools, furniture, hurricane lamps, dolls cow bells etc. In this home, they hosted many parties for family and friends. Rae was quite the hostess. After the children moved away, they did not need such a large home so they bought a smaller and much older home in Madison circa 1730. There they did extensive research and restoration of the old Luke Miller house. Eventually they both retired and opened up a furniture stripping shop. Al did stripping and refinishing while Rae had an antique shop in another part of the building. Eventually they sold the Luke Miller house, their summer home on the Jersey Shore, the stripping shop and moved to Florida. In the Florida home, they hosted many social gatherings too. Once again, Rae did a fab job on making their new home very special. It too was filled with beautiful antiques. Al fought Parkinson’s disease for 20 years and eventually succumbed in 2012 at the age of 85. Rae moved into an assisted living facility in 2017 and passed at the age of 95. They are now both together again. She was loved by many and will be missed by many. Rae is survived by son David Chrone, daughter Lucinda, granddaughter Jessica , grandson Jonathon and five great grandchildren.

Vera &#8220;Rae&#8221; Gilbert Chrone Born into a family of five children, Vera was the youngest. When first learning her name, all she could say was &#8220;Rae Rae&#8221; so the name stuck and became her knick name. Her early life was spent... View Obituary & Service Information

The family of Vera "Rae" Chrone created this Life Tributes page to make it easy to share your memories.

Send flowers to the Chrone family.