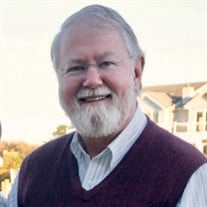 Lt. Col. (Ret) William “Ebola Bill” Harrison Lyerly, Jr. 67, passed away December 26, 2020 in Sarasota, Florida. He was born August 5, 1953 in Frederick, Maryland to the late William Sr. and Faye E. (Gunn) Lyerly.  Bill graduated from Thomas Johnson High School in 1971 and received an appointment to the United States Air Force Academy, Class of 1975 (“Best Alive”), which kicked off his 42 years of government / military service. He had a life-long affinity for helping people, so after an assignment to Myrtle Beach, SC, he transferred into the Army to pursue a career in medicine. He was assigned to Walter Reed Medical Center where he interned as a medical technologist and met his wife of 42 years, Sylvia. His career then took his family to Nairobi, Kenya where he worked “on the ground” on visceral leishmaniasis. Back in the states, his time at USAMRIID in Ft. Detrick, MD introduced Bill to medical intelligence where he worked in a BSL-4 lab with the incurables such as Ebola (hence his call sign), Marburg, Dengue and other hemorrhagic fevers. As a result of these experiences, he was tapped as a consultant by the State Department / United States Agency for International Development to work on AIDS prevention and other programs in over 35 countries in sub-Saharan Africa. He then worked for the Department of Health and Human Services, setting up global and domestic programs in Emergency Management and Preparedness. After 9/11, Bill was an integral part in helping form the Department of Homeland Security where he led WMD Operations / Incident Management and Global Health Security. Bill also earned both his Master of Arts in Management and Healthcare Administration from Central Michigan University and his Master of Public Health in Epidemiology from Johns Hopkins University along with completing post-graduate coursework in Disaster Management, Epidemiology, Immunology, Infectious Diseases, and International Health. He was, as he put it, “forced to” retire in 2016 due to health concerns. Even in retirement, Bill continued to serve others through a role with Global Research & Discovery Group as Chief Strategy Advisor and member of the Board of Advisors for Impact BioMedical, Inc.    As impressive as Bill’s career was on paper, he was even more admirable as a man. Bill devoted his entire life to helping people and was the living embodiment  of "do the right thing when no one is watching.” Mentoring young people on their careers and sharing life advice was one of his great joys, and he often said "find a job you love and you'll never work another day in your life." Even after his passing, he has continued to give back through organ donation: he helped more than 50 people, including giving two people the gift of eyesight.   The king of Dad jokes, Bill was a gregarious man with an infectious smile. He was always up for a good conversation and was the last to leave a party. Bill loved playing and watching football and lacrosse, cheering from the sidelines at his children and grandchildren’s sporting events, listening to live music, and spending time with his family and Goldendoodle, Zoomie, in Annapolis and on the back deck of their beach house in Ocean City, MD.    Bill is lovingly survived by his wife, Sylvia; daughters, Kirsten, Heather (Ballew) and husband Jonathan; adoring grandchildren, Kyla, Kellan, Kase, and Kora who dotingly referred to him as Pops; and a large network of loving family members and friends whom he valued greatly. Bill will be inurned at USAFA and a celebration of life will follow in Maryland at a later date following the pandemic. Memorial contributions may be made, in Bill’s honor, to the Wounded Warrior Project online at http://www.woundedwarriorproject.org/donate. Family would love for memories to be shared online at http://www.mfhcares.com through Maloney Funeral Home. https://www.marketwatch.com/press-release/global-research-discovery-group-honors-the-life-of-chief-strategy-advisor-lieutenant-colonel-william-h-bill-lyerly-jr-2020-12-31

The family of Lt. Col. William Harrison Lyerly Jr. created this Life Tributes page to make it easy to share your memories.

Send flowers to the Lyerly family.