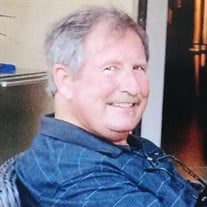 William Gerald “Jerry’ Schick, a proud father and loving husband, peacefully passed on to a better place on May 26, 2021. Jerry was born on August 3, 1947, in Rock Island, IL., to Robert and Dorothy (Holly) Schick. Growing up as the younger of two boys in a blue collar working class family, Jerry had a forward-thinking prowess and determination to create a future in which he could provide a family the privileges and luxuries that his childhood lacked. Throughout his adolescence, Jerry demonstrated responsibility beyond his years, an infallible work ethic and propensity to save, providing him the ability to loan his parents the funds for a home down payment. Further, Jerry earned his Eagle Scout badge at the young age of 12, which earned him acknowledgement from the Governor. Jerry’s academic history includes graduating from Rock Island High School in 1965, then Augustana College in 1969, followed by Memphis State Law School in 1972. Jerry began his career practicing law for the Illinois State Attorney’s Office, and shortly thereafter, worked several years as the Rock Island County Public Defender, while simultaneously venturing into a career of private practice as a criminal defense attorney. Jerry’s honesty, calm demeanor, and vast legal knowledge were the hallmarks of his successful 45-year career practicing law, leading Jerry to become one of most well-respected attorneys in the Quad City Area and earning admission to practice law within the U.S. Supreme Court. Jerry was a dedicated husband and a role model father, generously taking his family on annual vacations, and, as his children branched off into adulthood, thoroughly enjoyed traveling with his wife to visit them in Colorado, Montana, and Alaska. Jerry’s retirement years have been spent with his wife, Judy, and their noisy Shih-Tzus, in Sarasota, Florida, eating fine dinners, enjoying snowless winters, and keeping a line in the ocean, fishing for the next big catch. Jerry is survived by his wife, Judy Schick, son Jeremy Schick, son and daughter-in-law, Jon and Annie Schick, six grandchildren, Hali, Lindsey, Sidney, Adaline, Weston, and Connor, and two great-grandchildren, Jaiella and Jalaina. A memorial service will not be held, but a tipping of your favorite beverage in honor of this great man is highly encouraged.

The family of William Gerald "Jerry" Schick created this Life Tributes page to make it easy to share your memories.

Send flowers to the Schick family.